When we got closer to being discharged, Hudson had to pass a carseat test.  He had to sit in his carseat for 90 minutes while on monitors to make sure his oxygen stayed up.  This guy passed with flying colors!
On a side note: I cannot tell you how excited I was about taking our carseat into the hospital.  I was like a little kid, because this meant we were one step closer to going home. 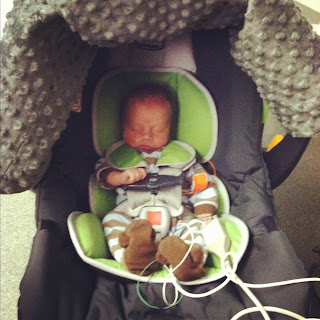 WE ARE GOING HOME!!!
Hudson was released from the hospital 12/10/12, 18 days spent in the NICU, and we couldn't be happier to take our little boy home. 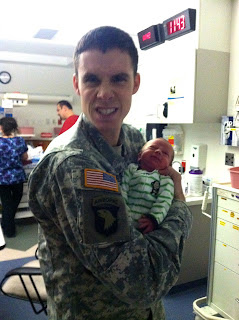 Drew was a little excited to hold his son without any wires! He walked away from our little area, just because he could. 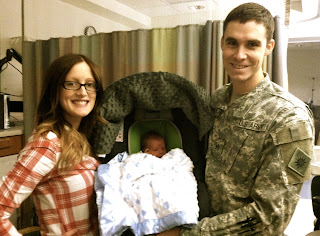 The Blunt's leaving the hospital! 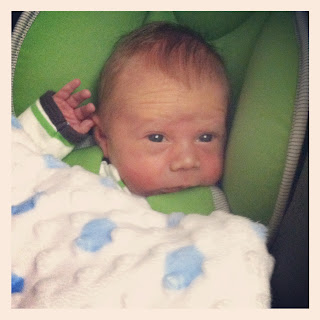 It was almost surreal that we were taking him home.  We waited for what seemed like forever, and now that it was finally here...I was freaking out a little! As much as I hated him being there and all of those wires and monitors, I was a bit intimidated no longer having them.
We had such great nurses and doctors caring for our son at the hospital, and I cannot thank them enough.  We were saying our goodbyes and several of the nurses were hugging us and congratulating us.  It meant a lot knowing how much they cared for our little family.  I was so confident in their abilities, and it made the difficult task of leaving my child there each night a little bit easier.  Thank you AF NICU staff!